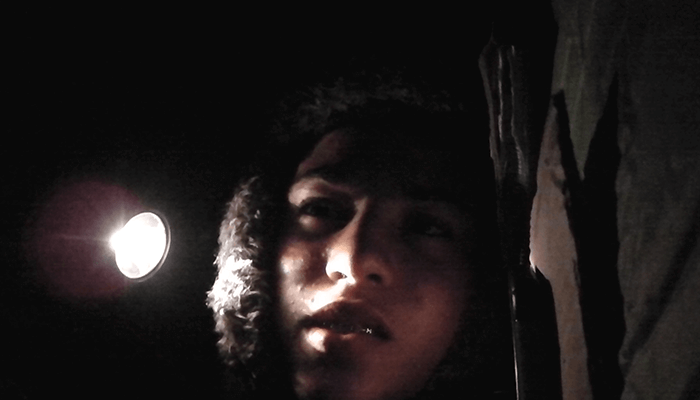 Year 11 student, Louis, decided to investigate what it would be like to live homeless. watch the video above/below and read below to learn about his experience:

I started my evening by not eating anything after my breakfast at about 9:00. The aim of this was to simulate the hunger experienced while I was outside during the night. The set up for my sleeping arangements was comprised of things that I could find around my house that would be apropriate. This included a roll mat, a large sheet of cardboard and a set of old curtains. The space I chose was under the overhang of our roof which would keep me safe from the weather that there could have been. The overhang also simulated the overhang of shop entrances that homeless people often choose as a location.

I began my experience at 10:58pm. At this point it was already dark and I went down on to the cardboard. The first impact was a huge shock as it was incredibly uncomfortable and not much different to sleeping on the concrete itself.

The first video documentation that I recorded came at 11:50pm so I had been going for exactly 52 minutes. The cold temperatures had began to set in and it was quite a calm atmosphere around me without me feeling calm myself. This was quite a contrast in reflection. There were many noises and disturbances that came about in the form of the neighbours water feature and the cat from the garden next to ours which patrolled our garden through the night.

The second video documentation came at 2:22am. This was because I managed to fall asleep briefly and therefore did not make any updates. At this point the temperature had dropped and I felt very cold. This was when I started to reflect on the troubles faced by people who have no choice but to sleep outside even on extremely cold days and nights like the winter months.

3:38am. I was really starting to feel immense pity towards homeless people. My thoughts started to wonder to those who had not got as many layers as I did or had to contend with other noises such as cars, motorbikes and buses.

At this point in the challenge (5:02am) I was considering going back inside. This was because the skies had brightened up and sleep was impossible from that point. I decided that I wanted to make it to day light to complete the challenge so I continued to 6:04am when the sun came up. For that last hour and two minutes I sat against a wall in reflection of my experience and what had been.

I spent in total 6 hours and 6 minutes experiencing sleeping rough on the concrete. This however could not compare to the conditions that over 8,000 people experience in their homeless lives. The thought that kept coming back to me throughout the night was: How lucky we are. I had food warmth and a comfortable bed to go to inside my house when I completed the challenge. However there was one factor that homeless people up and down the country have to tolorate and that I didn’t tolorate; as I was on my own property I did not experience the fear and the danger that sleeping on the streets poses. There wasn’t any chance of me being attacked for my shoes or falling foul of some drunk maniacs on a night out. Homelessness is a growing problem that needs to be tackled and following on from this challenge I intend to raise awareness about the problem to help the people who have to experience the cold, the hunger and the insecurity on a daily and nightly basis.Louis