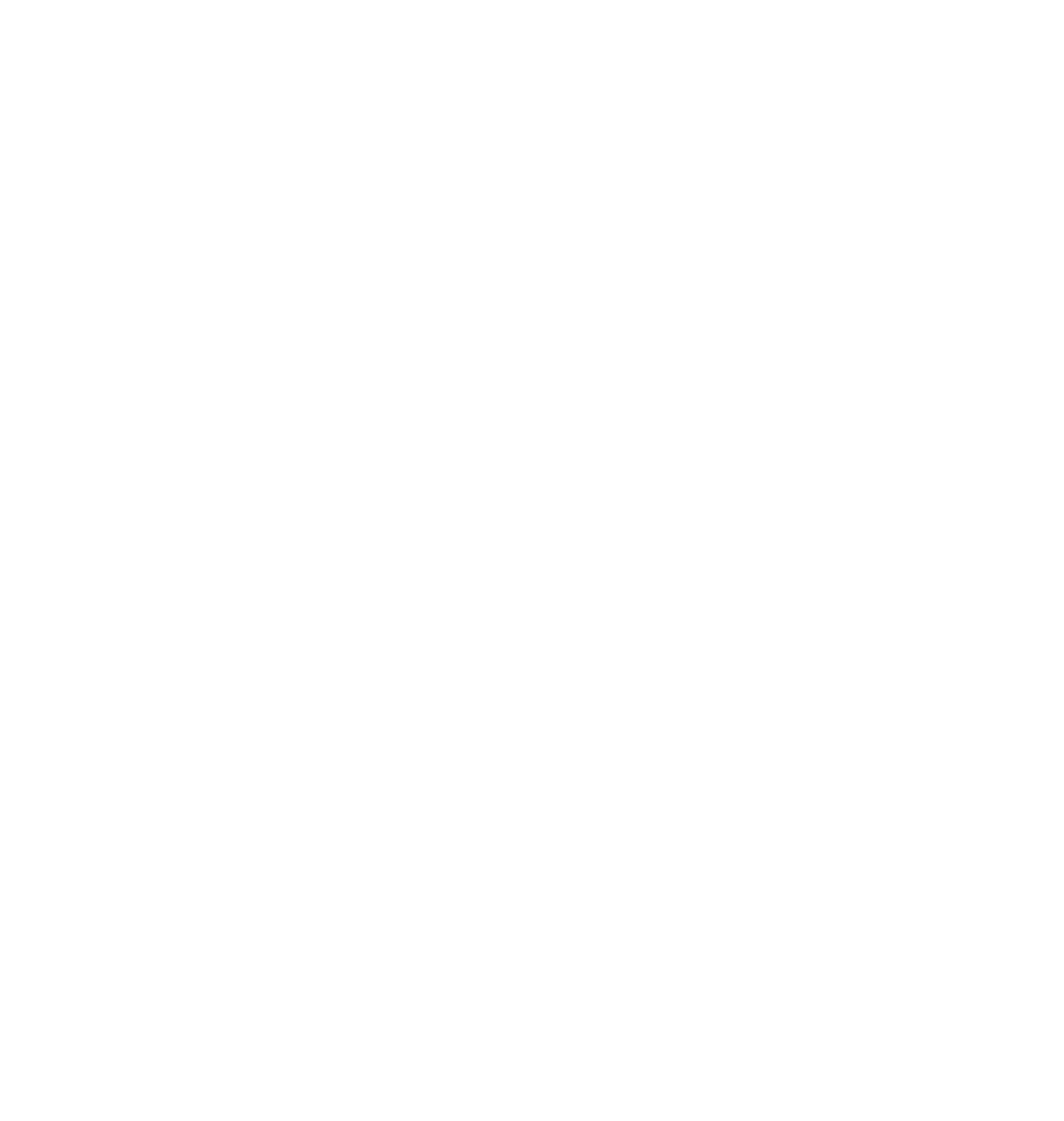 After a long fund-raising effort, Waddesdon’s plans for a brand new recording studio have finally come to fruition, giving our students a state of the art music facility to be proud of.

Two years ago we had a new Head of Music join Waddesdon, Mr Judson, and part of his long-term plan at the school was to have a fully functioning recording studio built in order for students to have the opportunity to record studio quality tracks and even some Waddesdon albums. It would also prepare those of us who wanted to go into a career in music to have some form of studio experience.

Within his first year at the school, we realised that the prospect of the new studio could be achieved in a much shorter timescale than Mr Judson had first imagined, and so the journey began.

The aim was to raise £10,000 for the recording studio and after a few events like WaddFest, The Big Gig and also some generous donations from parents, we were nearing the £6,000 mark after only one year of fundraising. Then we were hit by COVID-19, but to our surprise, this gave the builders the perfect opportunity to start the build of the recording studio in a fairly empty school during the first lockdown. 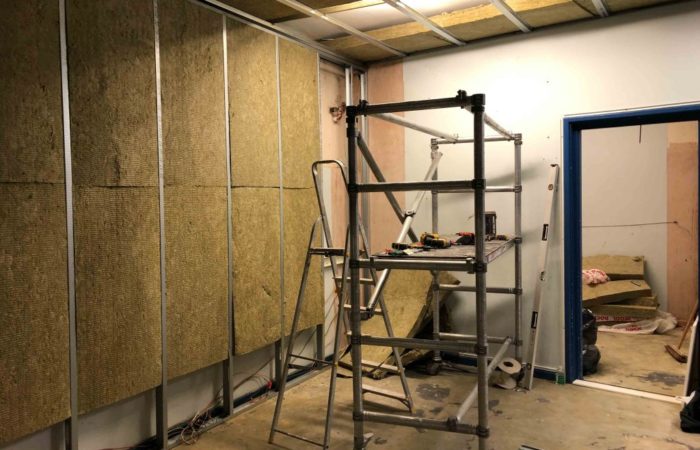 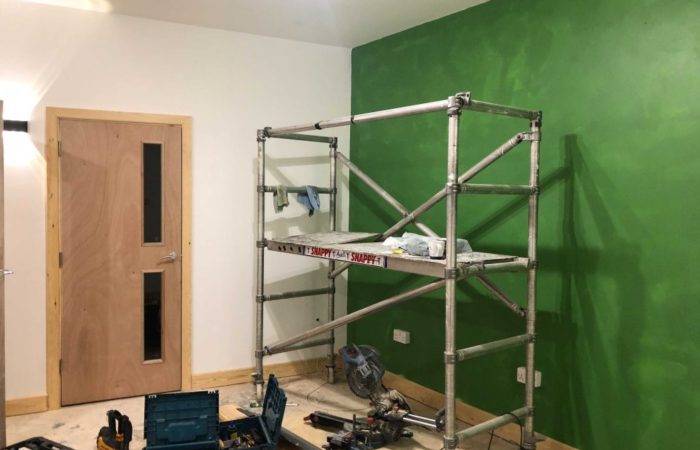 It was being worked on for roughly one month and when we returned to school in September, we were able to see the results – it was amazing!

We learned that in order to make it as soundproof as possible, the rooms needed a little air gap before the new walls were built, which included a thick layer of soundproof insulation and two layers of acoustic plasterboard and the difference is unbelievable! We were able to go from a pretty dull practice space to this amazing new contemporary space for recording and working on our music.

Originally, the plan was to complete the renovation of just one main room for the studio, but after some thought and consideration, the school decided to complete all of the building work in one go, allowing the full studio to be finished. This consists of three main rooms: a ‘Drum Room’ for recording drums separately from the rest of the band/ vocals to avoid any spill from the drums, allowing for extremely clean recordings; a ‘Control Room’, where the mixing console and computer are situated, allowing for people to monitor and mix the recordings in a completely separate, soundproofed room; and the final room is the ‘Live Room’, where the majority of the band and vocalists will be situated, allowing everyone to be together when recording bigger band tracks. All three of the rooms are linked together, meaning whichever room we are in, we can listen to everything being recorded through headphones, with everyone getting their own individual headphone mix. It really is an amazing experience to record in the studio.

The new space has been very beneficial to us as it has allowed us to do some very professional recordings and has also given us industry experience should we want to pursue music in the future. One of the big projects we have been a part of in the new studio was a Waddesdon version of the recent ‘UK Blessing’, which went out on YouTube. It allowed a full Sixth Form band to record the guide track for around 20 students to sing vocal tracks on top, resulting in an amazing recording of the song. We have also been able to record all of the backing tracks for the upcoming Musical Showcase, which have come out sounding extremely professional sounding, partly due to the amazing musicians we have at school, but also because of the facilities that are now available to us. 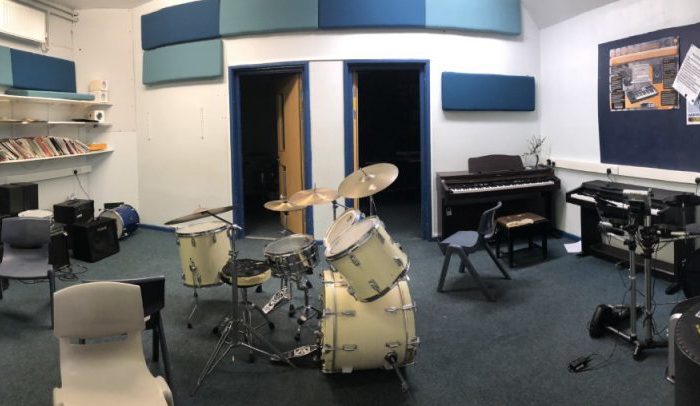 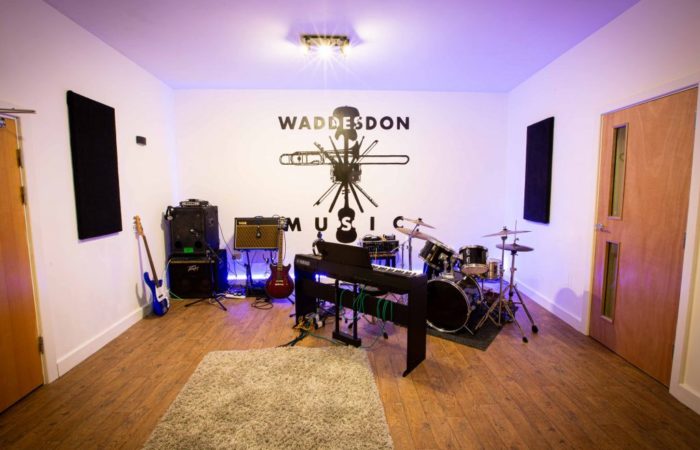 I just want to thank all of the staff who were involved in making this amazing studio come to life and to all of the generous parents who donated to the Recording Studio Fund during the fundraising stage. It was such a great process to be a part of and so much fun putting on gigs and raising the money for the recording studio.

We hope to continue making great music in there for years to come! 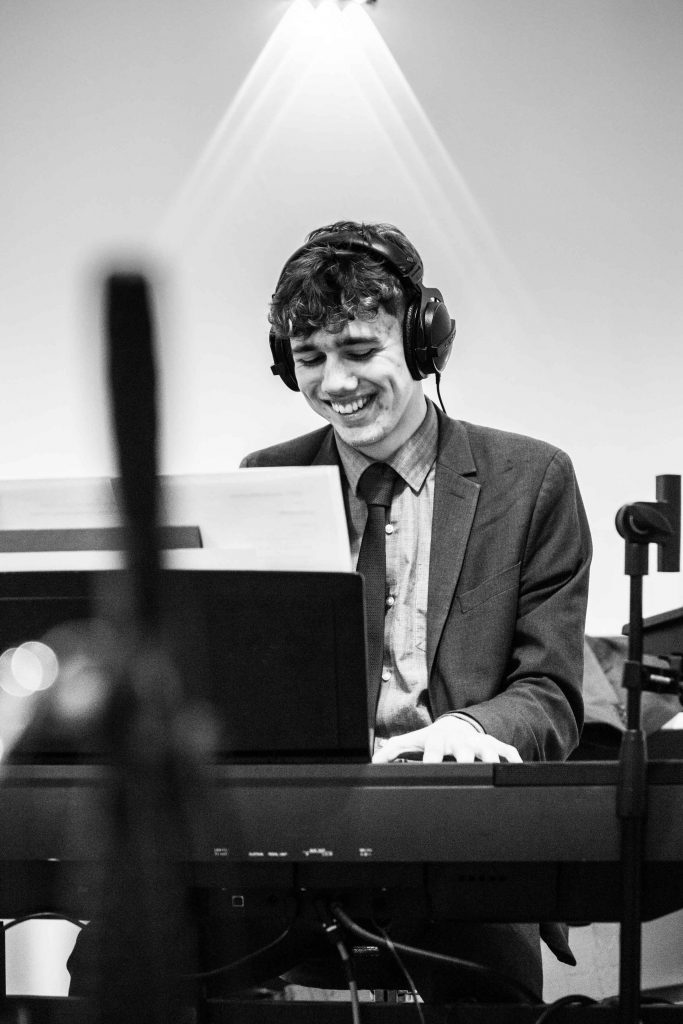 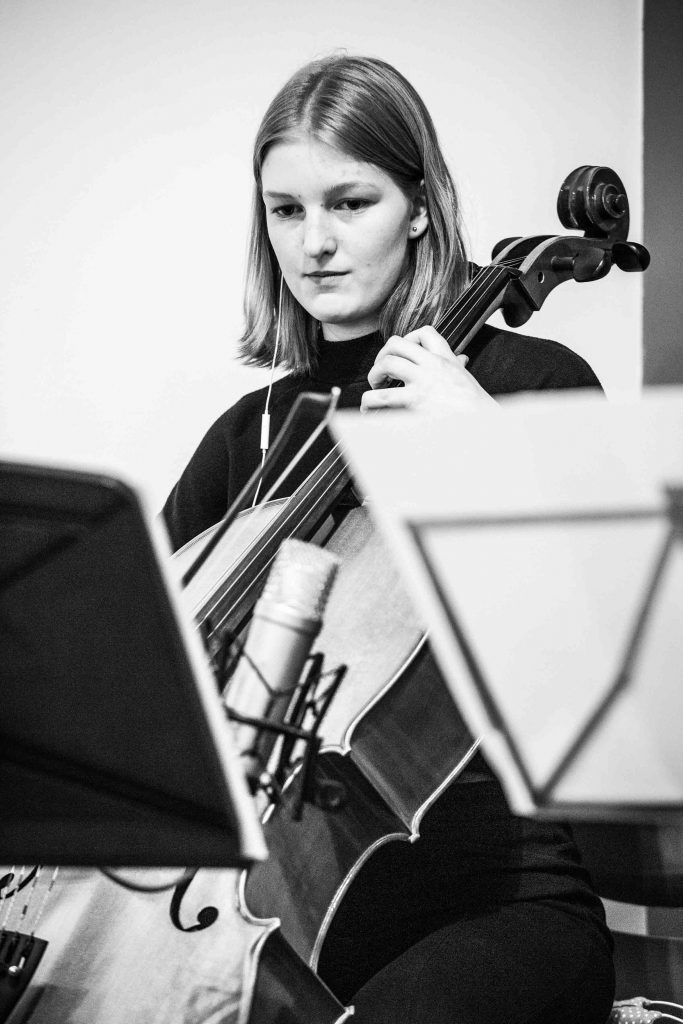 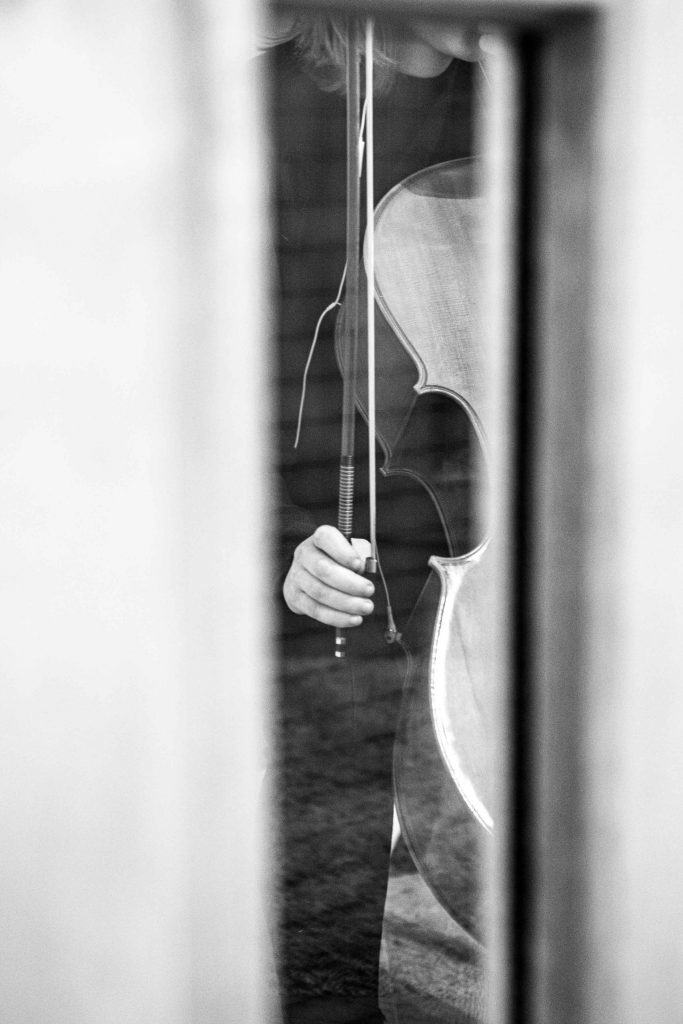 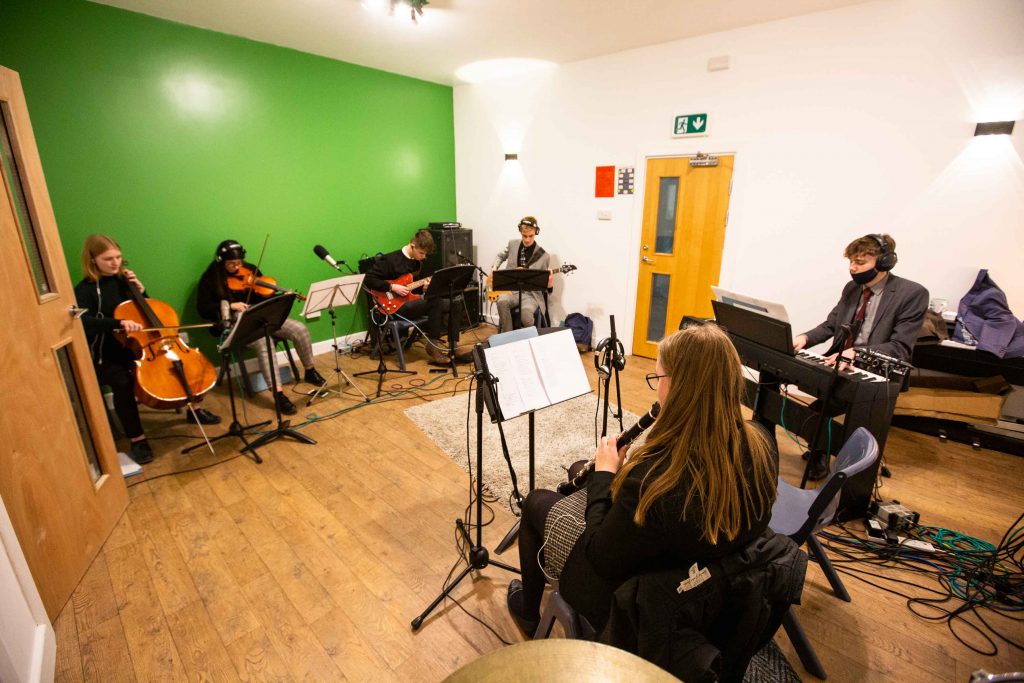 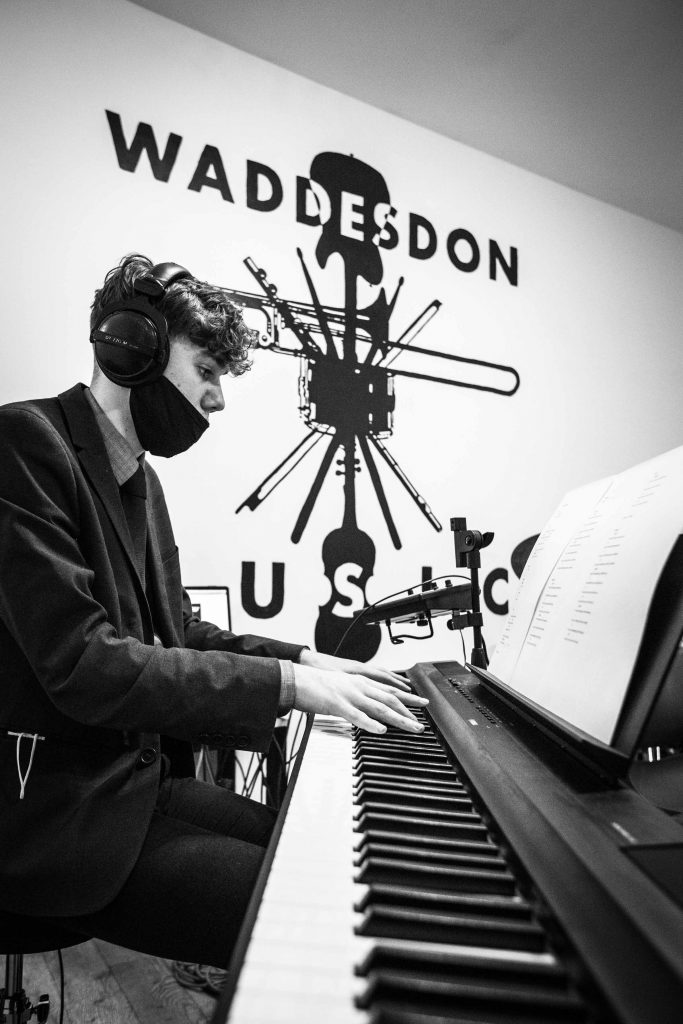 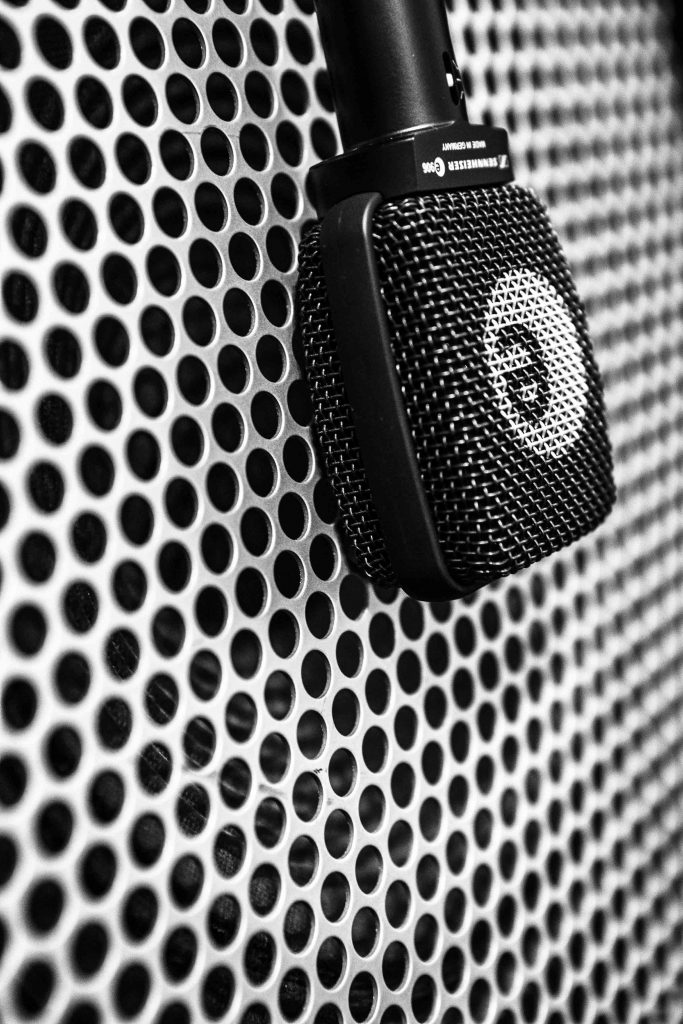 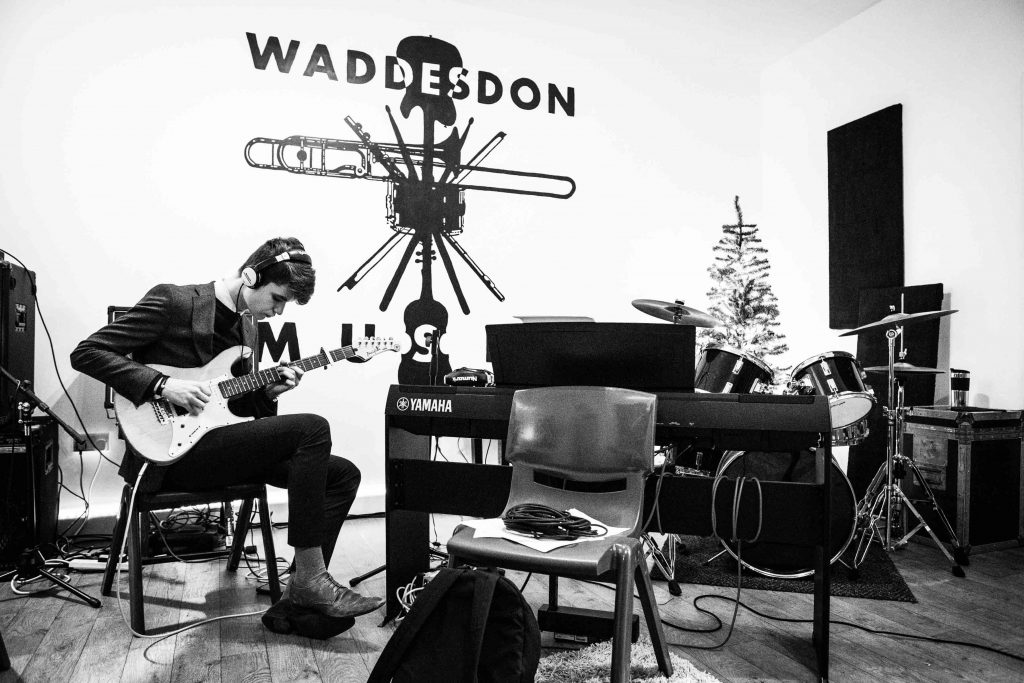 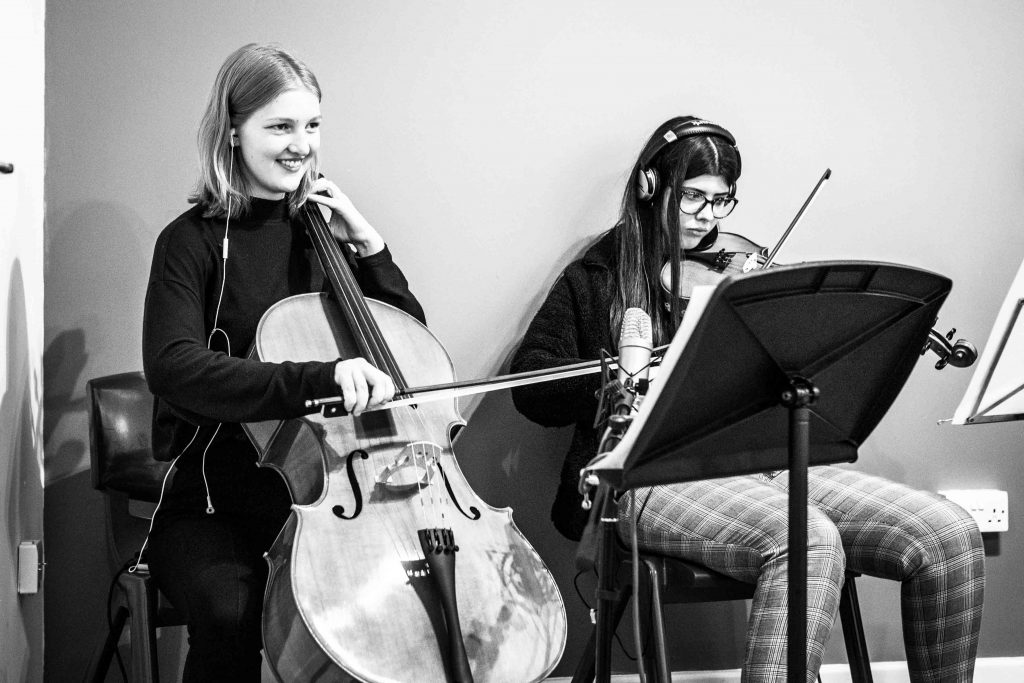 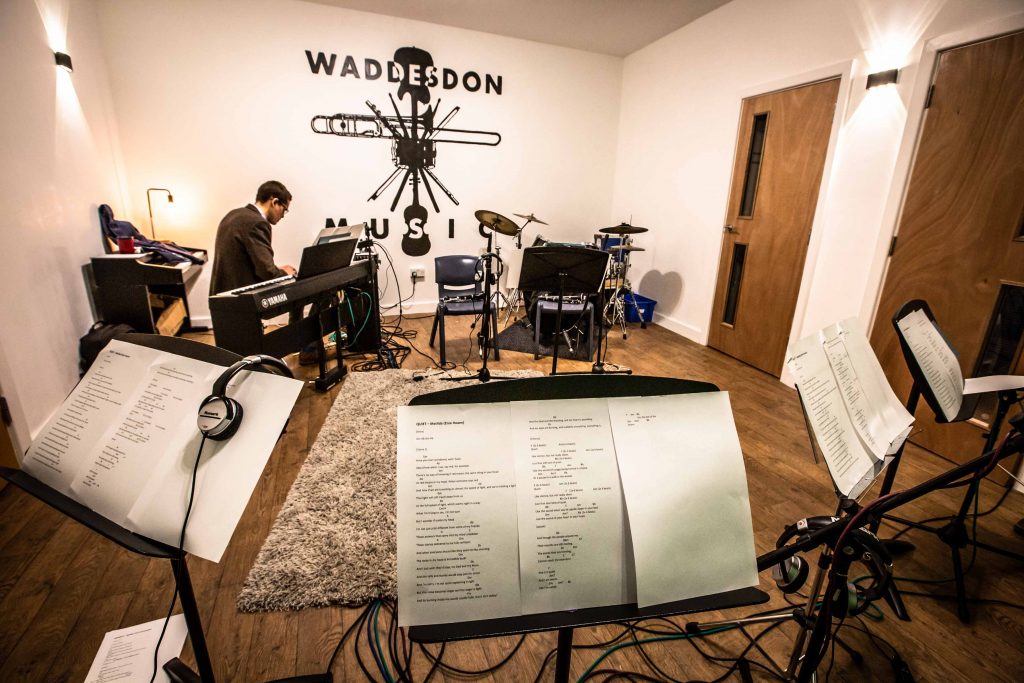 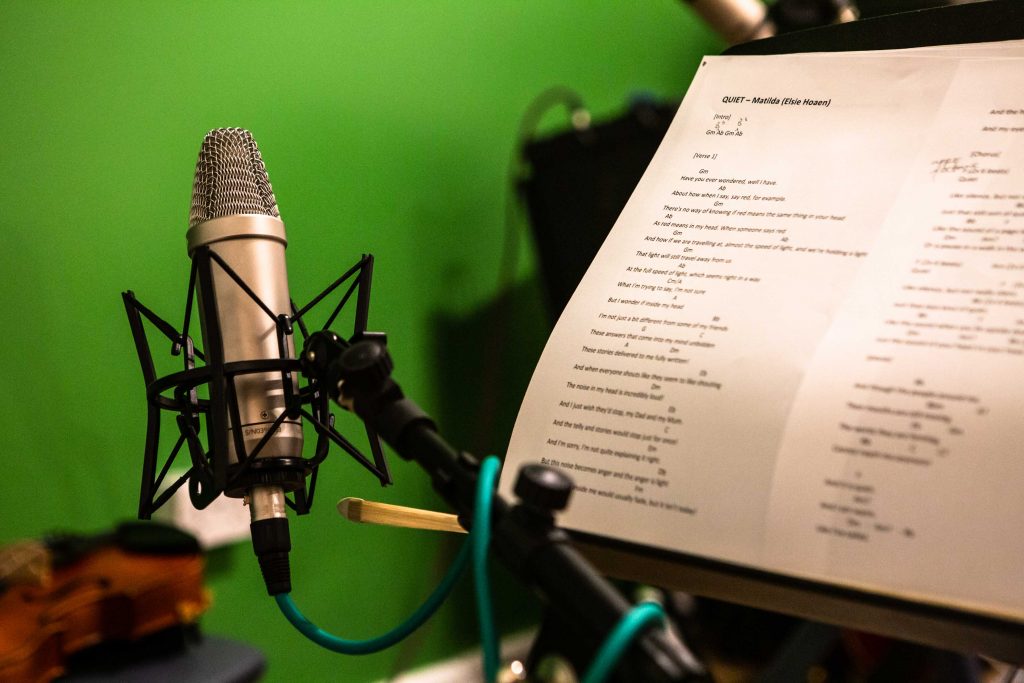 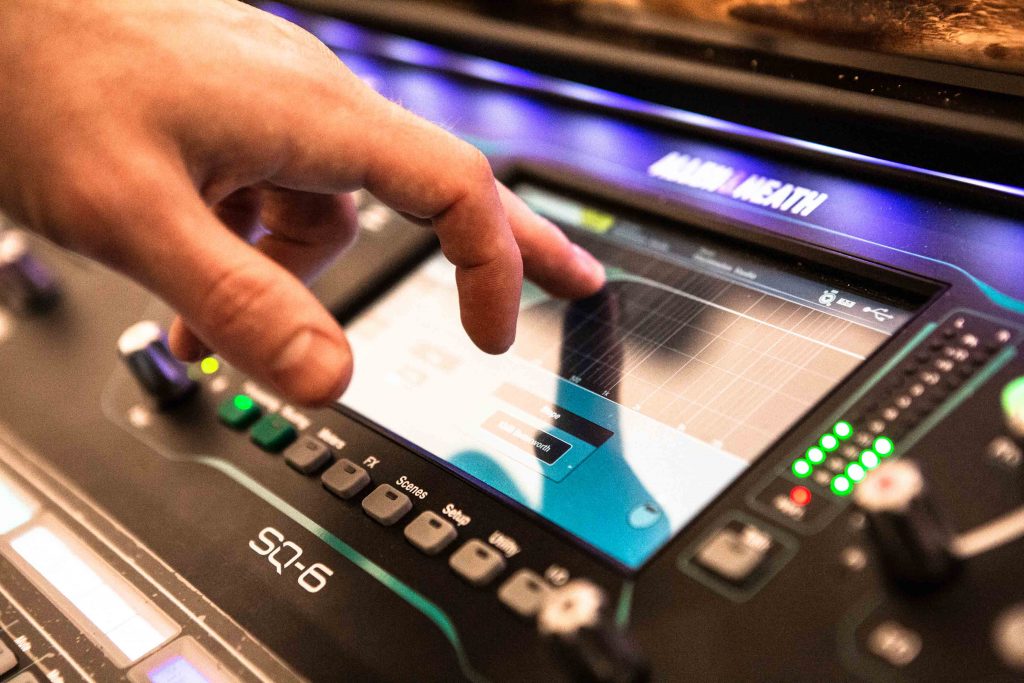 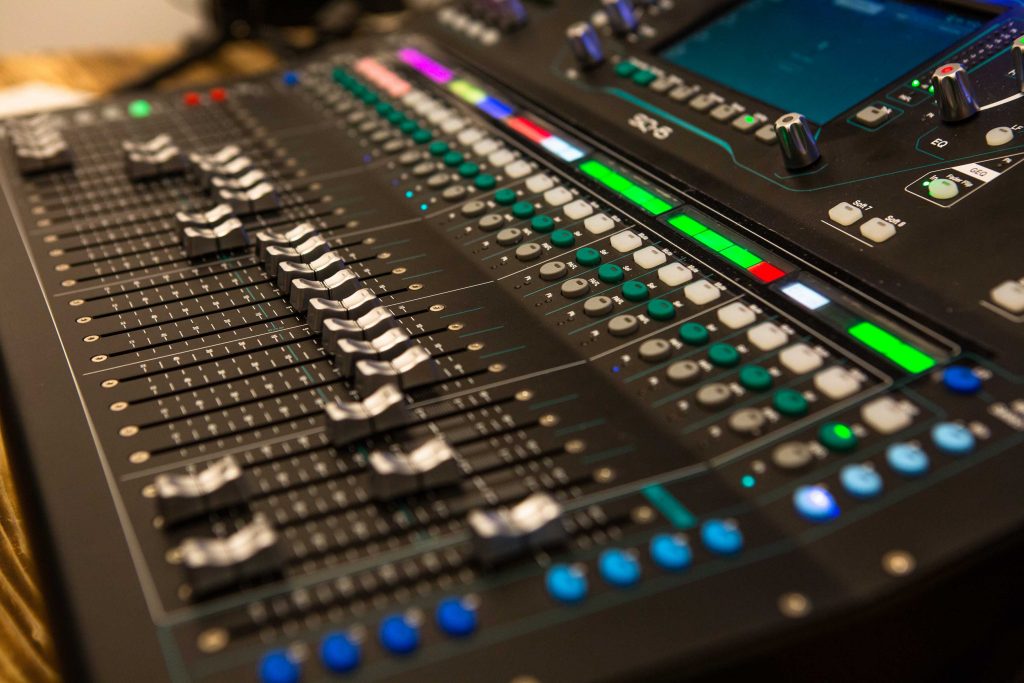 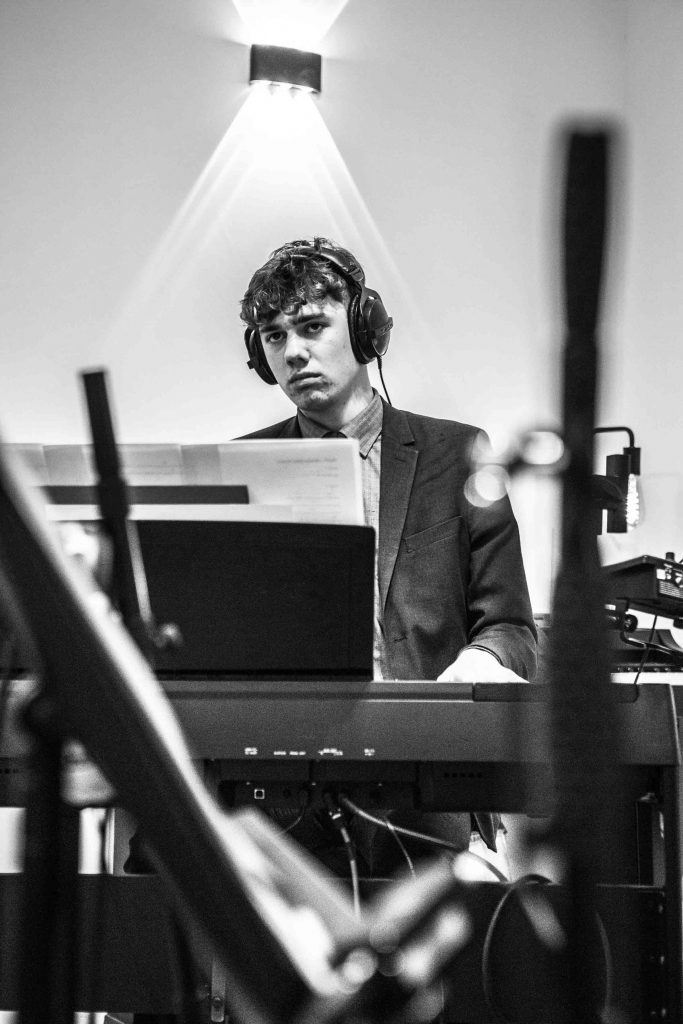 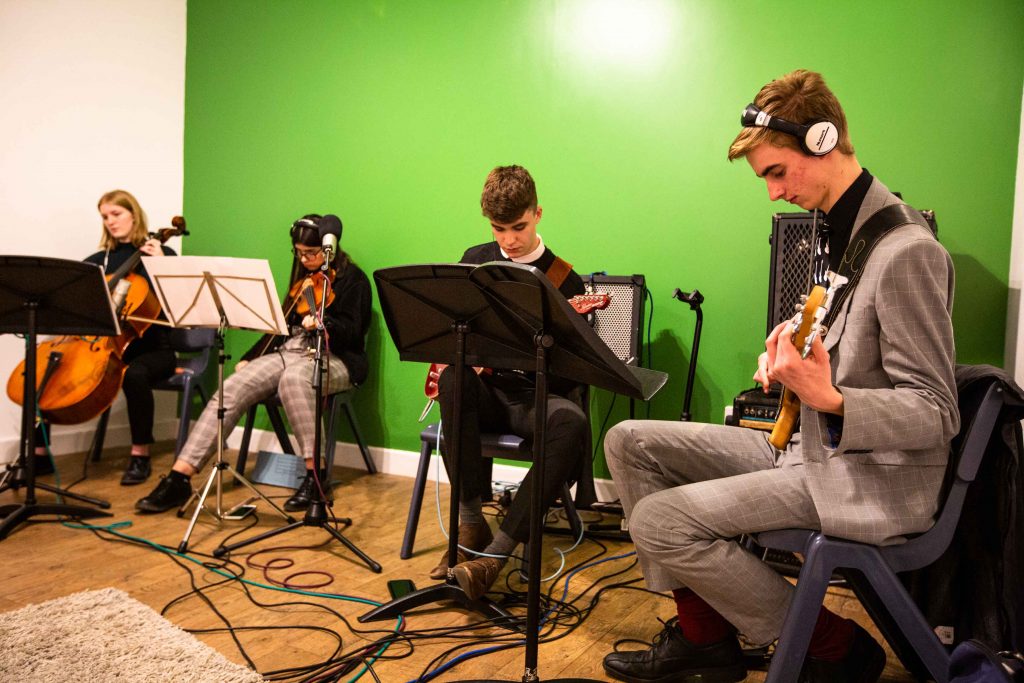 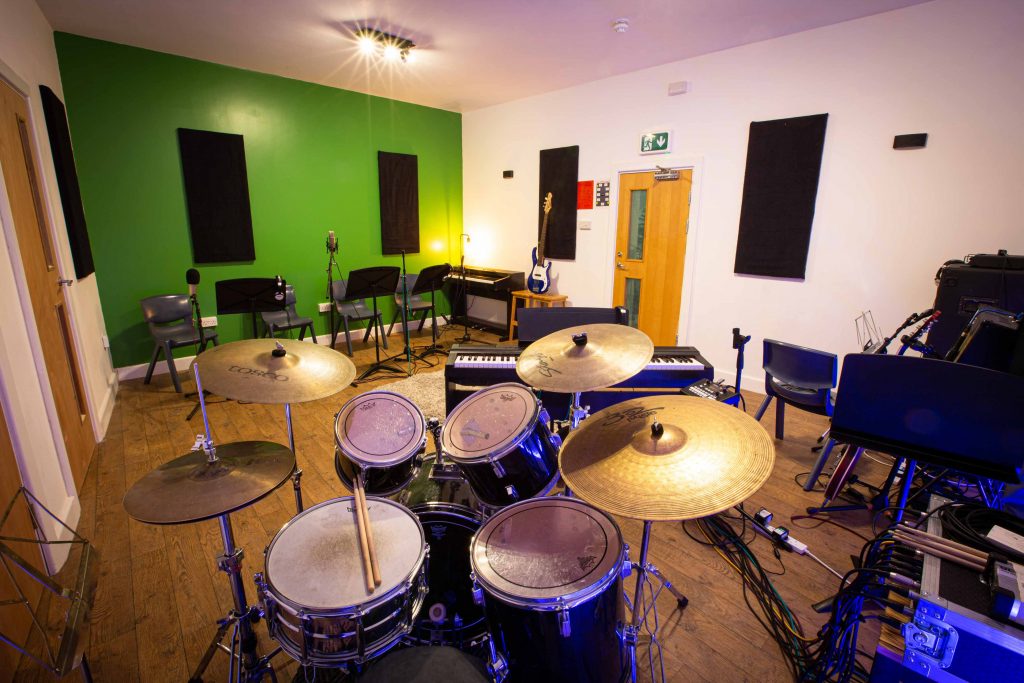 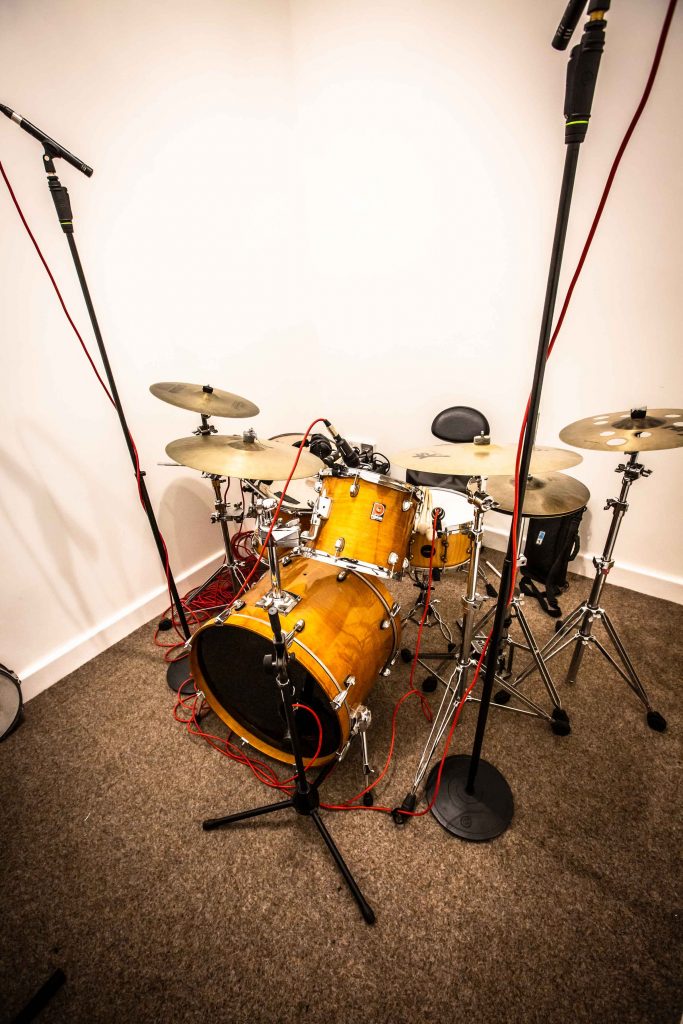 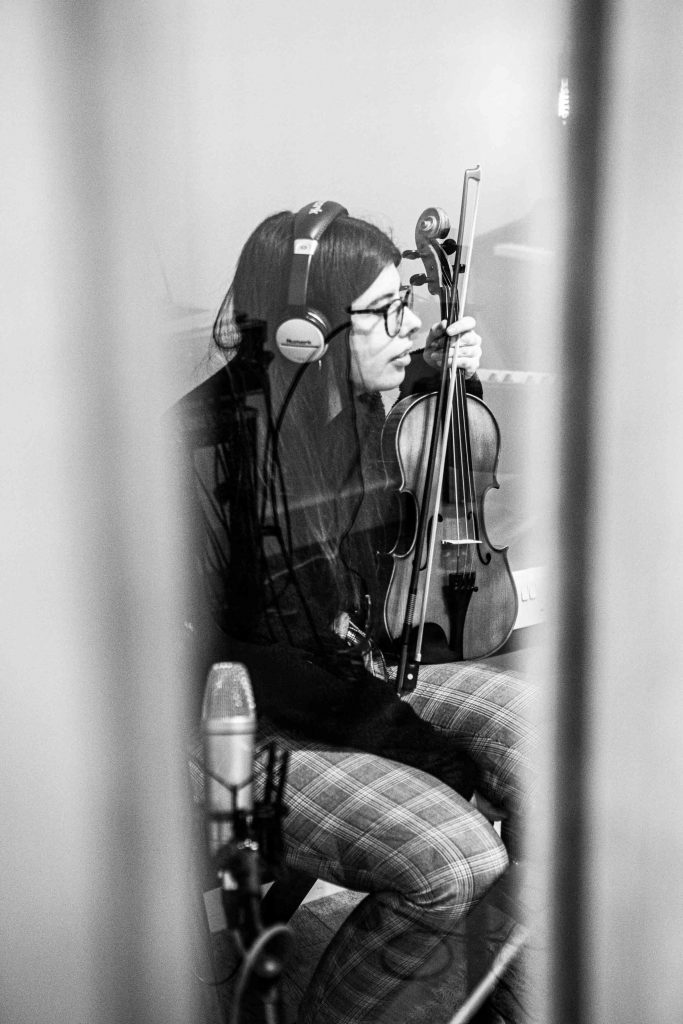 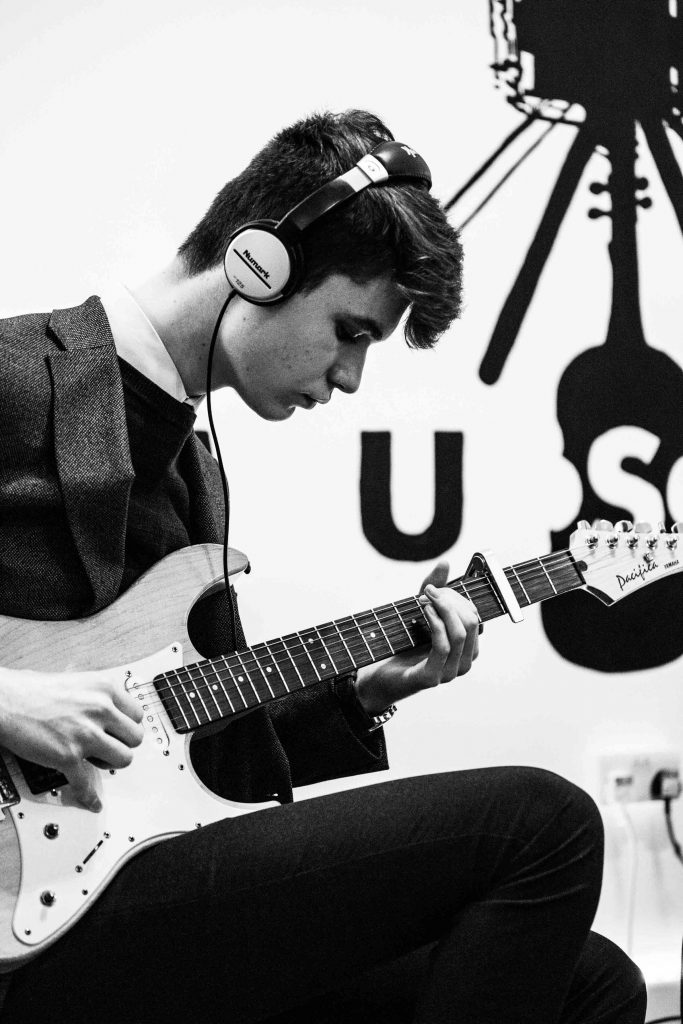 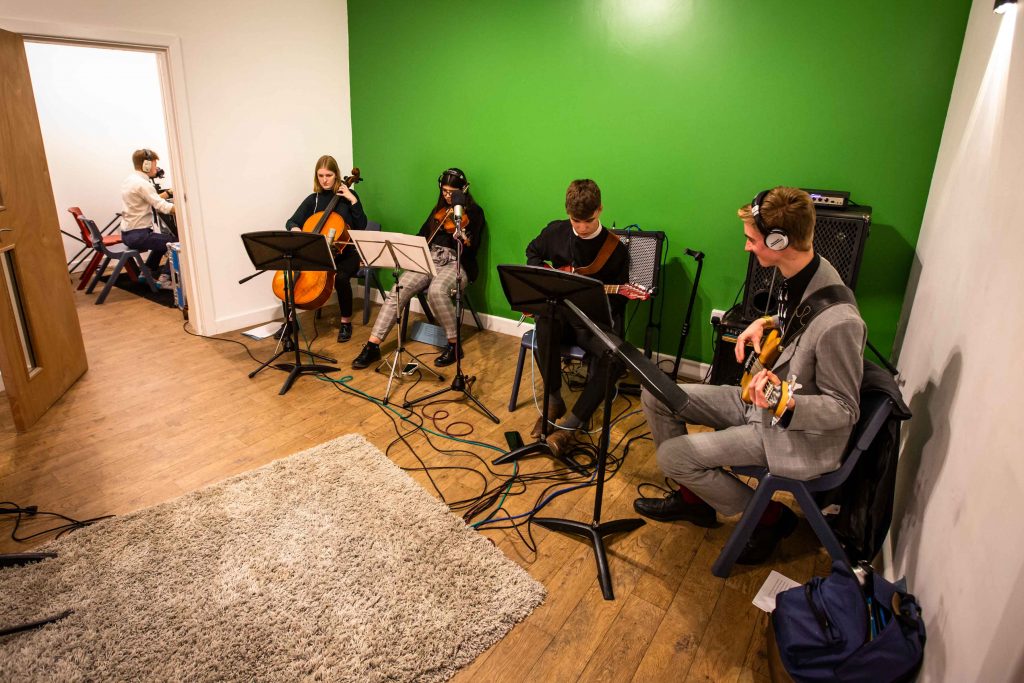